Attempts to eliminate the First Nation people continue. However, there is a new twist. No person in Canada is safe.

Harper's government has effectively steamrolled a bill that hurts Canadians as much as it hurts First Nations. It is very much like the cry for help that Attawapiskat put out to the public. What if you called  an emergency and no one came? Who will have the government answer for the government's own actions?

First Nation people stand as the stewards of this land. If the only definition that can be understood means ownership, then we will use this term. First Nations stand as guardian-owners trying to hold back the assault on makotchi, mother Earth that will see the destruction of all Canadians.

Why is the Harper government ramming through so many changes unrelated to finance or economics? What is the real ploy of the government and why is disabling First Nations necessary?

First Nation people assert that all things are connected and inter-related. This concept is in our teachings and in our connection and relation to the land and the cosmos. Therefore where others might see separation and compartmentalization we see the connection.

This government is concerned with perpetuating the hierarchy by setting breaks for the elitist top percent of Canadians. It is evident in the tax credits that award people with higher wages tax credits for their children valuing wealth over the human element of a child.

This means wealth is the indicator, these children and this hierarchy will be protected. The legislation goes on to change the Navigable Waters Act. Changes here mean that pipelines, environmental destruction can continue to ensure the wealthy few enjoy tax credits AND destroy the environment at the expense of all other Canadians.

The destructive effects of pipelines and fracking will continue to be supported. The wealthy few will enjoy the status quo and protect their position in society. The elimination of hazardous waste review ensures that no one will question economic development that destroys the land. Furthermore the elimination of the science  research and experimental tax credit will stop research that could warn ALL Canadians of possible hazardous developments that accompany pipelines and fracking.

Changes to the fisheries act from Bill c-38 will also not protect First Nation fisheries and these organizations would be the first line of defence reporting on irregularities or changes that are affecting the fish.

Other departments, such as the Auditor General and separate bodies to review actions are being silenced. Elizabeth May points out that independent bodies are being struck down. Independent review is needed to maintain objective standards. If there is "self-policing" then there are opportunities for potential collusion that could endanger the section 7 constitutional rights of every Canadian to life, liberty and security of person.

Tourism is being discouraged with the requirement of visas for people coming into Canada, why? Is this police state measure necessary?

However the most alarming measure in all this, is that there was a change or MP pension reform included that disappeared from the overall Bill therefore what was the deal? Has this recent discussion in Parliament been a carefully orchestrated scene with deals over personal MP pensions as bargaining leverage?

The federal finance critic voted with the Conservative party to wave debate then parades "on stage" condemning the bullying tactic of the government for pushing this bill through.

Democracy in Canada has three tiers to have "checks and balances" to make the system work. Federal cuts mean the bureaucracy is terrified to lose jobs, so they are writing to save their positions. Harper covered his judicial bases with the recent appointment of two judges to the Supreme Court of Canada in 2011 and another judge appointed this year 2012. Harper's tyrannical legislative actions speak for themselves, not one Canadian can question his authority or actions.

Is this system working for Canadians anymore than it is for First Nations. Attawapaskit put out the cry for help and nobody came. It is time for Canadians to put out a similar call, who will answer this call?

Our people have a history and connection to this land. If we lose our languages, customs, traditions and ceremonies we cannot go anywhere else to regain them. Our philosophy is simple. We live in harmony with the land respecting Creation and the Creator. We acknowledge that we are a part of the cosmic snapshot, we do not control it.

The society that has developed on Turtle Island, since the first newcomer landed, has sad roots. The tyranny and oppression that the visitors now settlers, fled, has resurfaced in this land. There may no longer be the divine right of kings but there is now a divine right of money, materialism and individualistic goals. The institution of monarchy and church were merely shams to control all other human beings. We had no such system. We were equal to each other and also to our brothers and sisters, the animals and plant life around us. Why is this a terrible perspective? Why do our voices continue to be challenged and silenced?

It was decided by "the powers that be" that we needed education. We have it. We then turn a critical eye on the existing system only to meet angry justification and opposition. We have completed this necessary step towards "bettering ourselves" now in turn we are trying to better the convoluted thinking that has taken over this society.

How can we expect our children to care for the planet if we do not. If you choose to not have kids, amass fortunes and live a "good life" while on this planet, great. However, you cannot take your money or property with you into the next realm, so is there something wrong with this system?

A system that is built on property and money is doomed to fail. There is a global limit for available property holdings. Furthermore, if money is accumulated by a small percentage of corporate businesses or owners then they control the market, government, law, and all else. If a society measures success in terms of wealth then the wealthy have become the new monarchy or royalty. They too will go to great lengths to protect their holdings.

This is why the First Nation system, where all people are fed, housed and acknowledged continues to threaten the existing system. There was no hierarchy of individuals but there were levels of competition with limits. Competition was encouraged in group activities that led to warrior, hunter or artistic pride assisting the greater good. There was no personal accumulation. Accumulation was to be a  tribe or band's collective effort to plan and survive for winter or hard times.

The clash of world views continues as First Nation Indigenous people will not accept the "civilized" ways of mainstream. With resource depletion, environmental duress and continued excess, Mother Earth, Ena, is launching her own response. The prophecy of our ancestors is here. We now live in a global village where our actions affect each other therefore, we can no longer destroy in isolation of other states. The original laws of our people have to be re-instated to restore harmony in this world, for all our sakes. 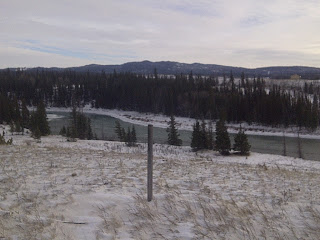 Does Canada or Euro America represent the 1st people?

Our people are one with the land, creation and Creator. We were put here for a specific purpose to safeguard and hold these values against all others. The land is not for sale, creation cannot be manipulated and the Creator always has the final say.

We have an election race happening in the USA right now. Will either party make big changes or acknowledge our people in this land? Tyranny and greed stole this land from the original people. Our people were wiped out by disease and wars waged where women and children were killed. This happened in this soil we now walk on.

Where is justice for the Native American First Peoples? We have ties to this land that pre-date any man made justification arguments. If we consider that First Nation people walked freely in this land with systems of law and governance then it follows that today we should walk in the same manner. However we do not.

If you don't know this truth or fact then we need education curriculum changes. Correct proportional history would have Native Peoples history taught for 10/12 months followed by settler history. We need our perspectives about the coming of Wasicu/wasiju settlers to be recorded, written and taught.

This is necessary to begin an honest dialogue that will lead to positive change. This change begins now. We are here now. We are proud, strong and remember our original ties and responsibilities. 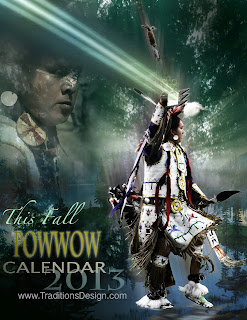 The path up the mountain begins.

Umba Wathtech. This is my first attempt to share some writing and ideas about First Nation issues that need to be addressed from a First Nation perspective.

Currently, there are many bills before the Canadian Parliament which have not had adequate First Nation consultation. The days of paternalistic "for our benefit" legislation are over. How can there be any positive changes without understanding First Nation people?

The First Nation people, that is the original peoples of Turtle Island have long held customs, traditions, languages and teachings tied to Wakan Tanga, the Creator and all creation. These attributes are not easily understood but must be the study and walk of a lifetime.

It is my hope to offer perspectives written by a First Nation person that will bridge the cross cultural education that needs to happen for all Canadians, North Americans and the global audience.

I share this journey with my late father, Reverend Doctor Chief John Snow Sr., and my family as we continue to emulate the traditional teachings of our people, the Rocky Mountain Sioux or Iyarhe Nakoda people. 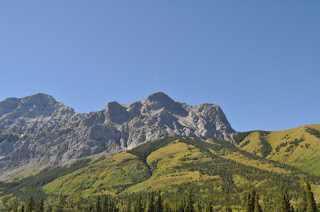 I welcome the opportunity to discuss and provide one perspective that may clarify or assist greater understanding that will lead to positive outcomes and solutions.
Posted by Unknown at 22:51 No comments: